The #1 AT ONE SONG “House of the Rising Sun” Animals Presented by Carpet Fashions – The #1 flooring company in Brevard. Located in Melbourne and Palm Bay http://www.carpetfashionsinc.com/    … END_OF_DOCUMENT_TOKEN_TO_BE_REPLACED

(Song: “Dreamtime” Daryl hall) 12 Noon SuperDave selects and plays a special song that’s not played every day along with cool facts about the song and the artists that recorded it! Find out more about Geico Insurance here: www.geico.com… END_OF_DOCUMENT_TOKEN_TO_BE_REPLACED

The Buffett Breakfast Buffet is brought to you by:  Calling all “Parrot Heads” every weekday around 7:30a Eric’s selects 2 Jimmy Buffett songs and plays them “Back to Back” If you are a Jimmy Buffett fan, it’s the best way to begin your workday.… END_OF_DOCUMENT_TOKEN_TO_BE_REPLACED 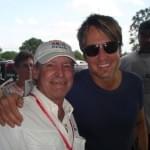 Join the Land Shark Beach Cruiser this Saturday from noon till 2 at Gary Yeomans Ford in Palm Bay for their Fill a Ford 4Kids and Seniors Donation Drive. Drop off a new, unwrapped item like school supplies, staplers, crayons, pencils, and paper for the kids or a fleece blanket, undershirt, non-skid socks, snacks, and…