Central Florida’s longest-tenured radio personality is returning.  Only this time, he’ll be driving Space Coast listeners home when he takes over the 3-7pm shift on Brevard County’s #1-rated radio station WSBH-FM 98.5 The Beach

Lowe brings almost 49 years of Central Florida radio experience to The Beach, after stops along the way in Orlando, Vero Beach, Daytona Beach and, for the past 18 years in Melbourne.

He is a home-grown product, moving with his family from West Virginia  to Merritt Island in 1959.   WSBH will be the only radio station in the area to have three live and local shows with “McKay in the Morning,” “Super Dave” in Mid-days, and now “Michael W. Lowe in the Afternoon” 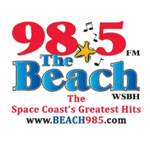